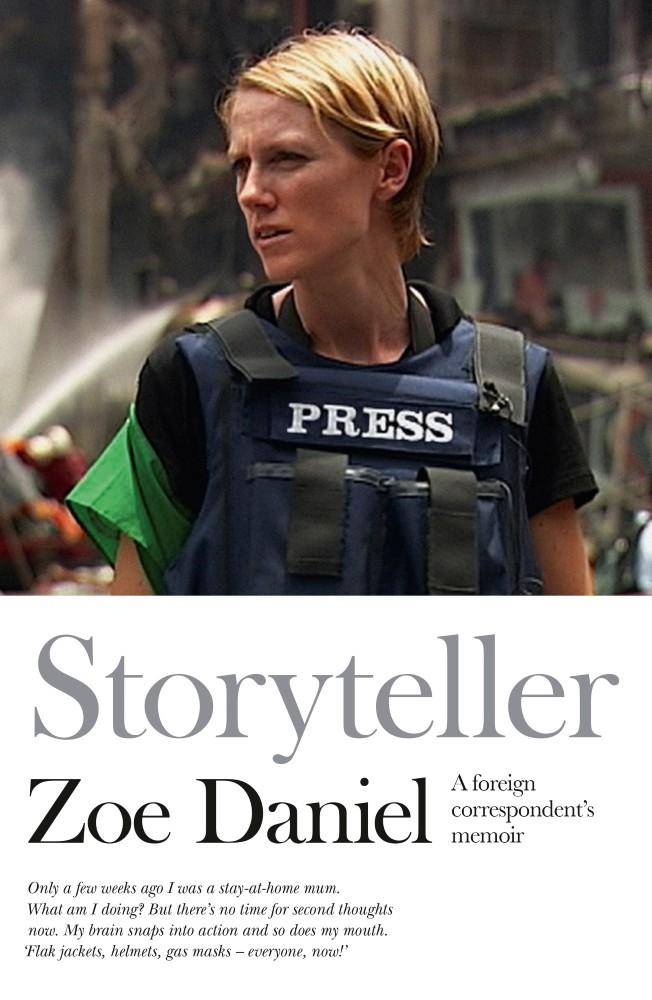 Only a few weeks ago I was a stay-at-home mum. What am I doing? But there was no time for second thoughts now. My brain snaps into action and so does my mouth. “Flak jackets, helmets, gas masks – everyone, now!” Zoe Daniel is now the Australian Broadcasting Corporation’s Washington correspondent, covering the US election. In Storyteller she tells of her years based in Bangkok with her husband and young family reporting on nine countries across Southeast Asia, filing copy and stories for TV, radio, online and social media. She was the Africa correspondent from 2005 until 2007 and spent 2009 covering the Khmer Rouge war crimes trials from Phnom Penh in Cambodia. Zoe’s frank and brave memoir, Storyteller, deals with the effects of her work, with its stresses and its constant travel, on her marriage, with the physical and psychological effects of a dangerous, confronting job, and the difficulty of slipping back into her ‘regular’ life after witnessing deeply disturbing events. She says: “The work can be logistically challenging and often horribly sad. Yet while there are lots of reasons not to do it, it’s important that those people are given a voice.”

There’s something immensely satisfying, too, about meeting people in their own place, and giving the audience an authentic window into their world. To do that, though, I have to leave my kids at home and when I do return from a conflict or a crisis to birthday cake making or potty training, I feel as if I’ve landed from a parallel universe. It’s challenging and it’s inevitable that both my work and home lives are compromised in some ways. I don’t think anyone can ‘have it all’, but it’s possible to have a bit of each and muddle through, somehow enjoying both.

Our children are used to me travelling now, but they still cry when I go. I doubt I’ll ever find it any easier. We all know why I do it, though — because everyone has a story that deserves to be told.

Zoe Daniel is one of only a few mothers to be appointed as an ABC correspondent; her memoir documents how she has managed to work as a correspondent, settle her family into a new country, and be a mother to her two children – as well as providing a fascinating insight into the politics and history of South East Asia.

I’M sheltering under a concrete staircase that leads up to one of central Bangkok’s sky-train stations.

It’s early evening, in that brief blip of dusk you get in the tropics before night falls like a blanket.

Every muscle in me wants to run, but I’m frozen, unsure of which way to go, and nobbled by indecision and exhaustion.

It’s May 19, 2010, the day Thailand’s military moved in to disperse protesters who were locking down the city, and a day when dozens have already been killed and wounded, including journalists. Their blood lies on the streets around us.

My crew and I have been dodging bullets for weeks, but particularly on this deadly day.

“What if I get shot and die here?” I wonder. “What will my babies do without a mum?”