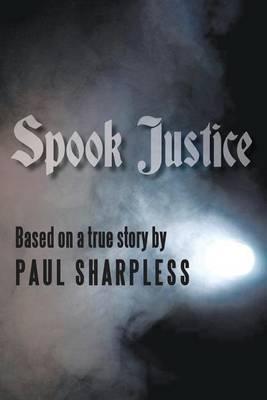 Very few books have even dared to mention the clandestine and deeply disturbing nature of Australia’s ultra-secretive national security organisations. Your worst dreams may just be true. Forty-six years after her father suddenly disappears, Australian intelligence analyst Anthea Tonelli lies in a bed at Balmoral Military Hospital, thinking of the many colossal mistakes her military and intelligence agencies had made over the years. Stricken with cancer, Anthea is on the verge of losing everything – her marriage, her home, and even her career. Anthea is battling to survive in a corrupt world where her government and judiciary often conspire, and together, hide unbelievable atrocities. Worse yet, she is being manipulated by her husband, Andrew, who has but one wish-to destroy her. But when Anthea discovers hundreds of young intelligence recruits have been tortured and murdered by the Australian military and intelligence agencies, her only life is put in danger.

Suddenly the beautiful country she has always known has become a place where deception, lies, disappearances, collusion, secret treaties, illicit pacts, illegal billion dollar deals, and organised government crime not only live, but thrive. Instead of the lily-white national security agencies serving the interests of the public, the agencies are full of sadists and psychopaths. The one thing they do well is to destroy people. Now Anthea must decide whom she can trust, before it is too late. Based on a true story researched for over twenty years, Spook Justice examines just how far corruption will go. And in this version of Australia, it goes a very long way indeed.

Here are a few sample paragraphs:

This story is dedicated to the memory of over two hundred Australian defence and intelligence recruits who were killed in training whilst being tortured and hazed by their employer. This practice continues. The Australian government and judicial system cover up their names and the circumstances of their actual deaths. It is one thing to have a law. It is quite another to have physical access to law.

He thought about how Australia was able to secretly establish these projects – the silence and nonaccountability of successive Australian governments, the apathy of Australians, the killing of thousands of aboriginals for land clearance, atomic tests in the 1950s affecting generations, the hazing of hundreds of intelligence recruits, senindg Aussie intelligence recruits on missions to their deaths, the same when governments sent Australian troops to known unwinnable wars, the intrusion of the United States into Australian politics. Callam had seen the division of powers between government and judiciary disappear… Callam recognised he had become like most of his superiors. He accepted judicial and political corruption in Australia. Dong his job, he had destroyed many people for the advantage of a few.

Paul Sharpless was born in Sydney, NSW and raised in rural Australia. He returned to Sydney to study design at the Sydney College of the Arts. While practising design, he alleges he was subjected to legal corruption because of his then partner’s role as deputy director of an intelligence agency.