SHE SAID SHE SAID THE 2018 BLOCKBUSTER COMING SOON 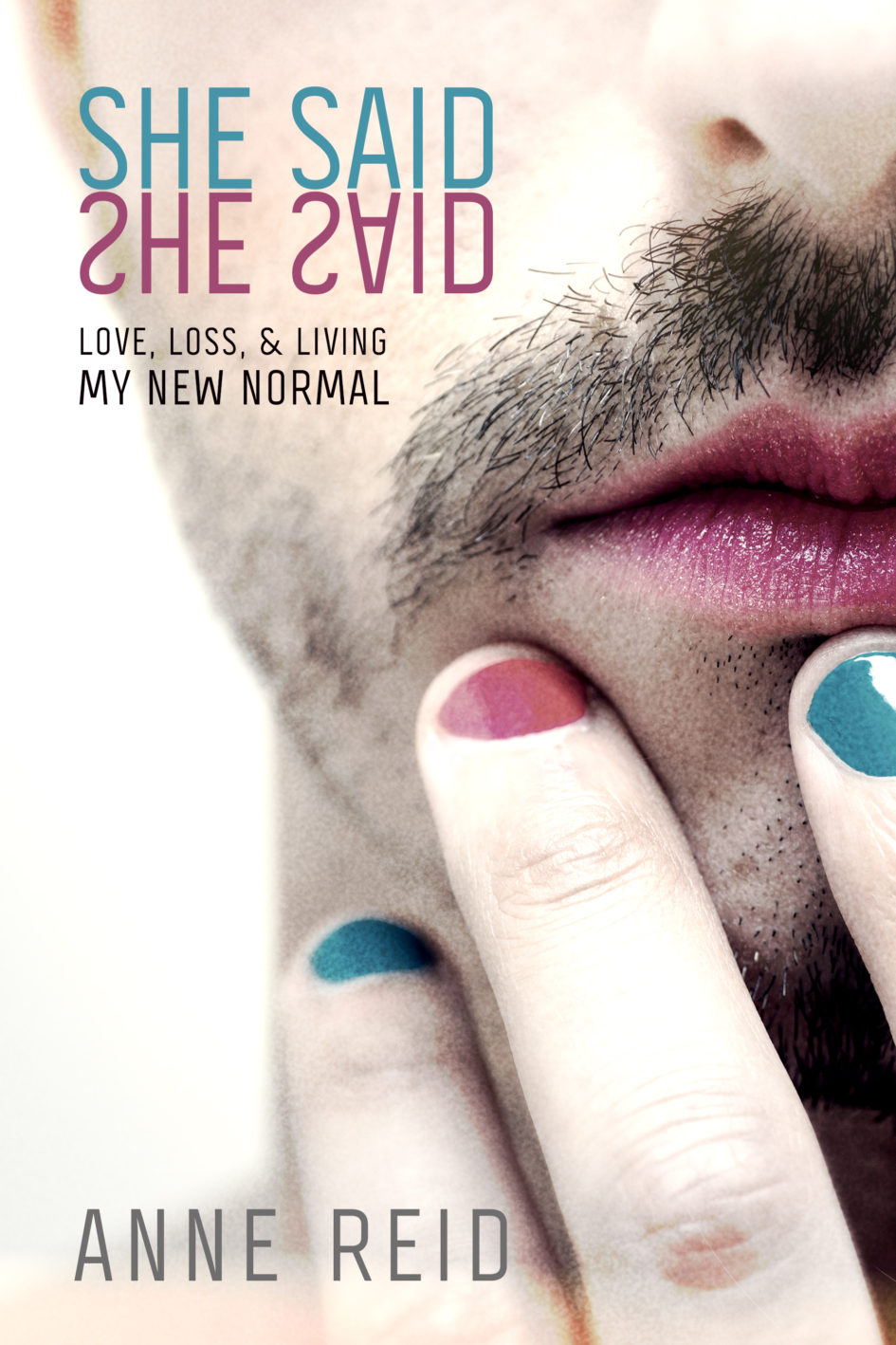 A Sense of Place Publishing is proud to announce the forthcoming publication of She Said She Said by Australian born American author Anne Reid.

The ordinary and the extraordinary mix in this funny, moving, excruciatingly intimate, triumphant book which soars above issues of personal courage and journalistic integrity to tell a profoundly moving story which could have been custom built for our times.

Here is the Prologue.

And that’s just the beginning!!!!

June 2015. It had taken me some time to meet the man I would marry and have children with. I
was 35 when I finally met Paul. I had to suffer through a few relationships, have my heart broken a
couple of times, and turn down several marriage proposals.

I was beginning to think that my only option was a child with one of several gay friends, who
longed to become a parent themselves. But I figured this would be fraught with a range of potential
logistical and emotional difficulties.

I was so happy to have met Paul. He offered me solace. He was truly a soulmate. He supported
me in everything I was ever interested in. Every lame­brained notion and crazy idea. Paul was firm
when I needed firmness. Kind when I needed kindness. Compassionate, empathetic and loving. Of
course, Paul was a total geek ­ and with him, I welcomed technology into my life ­ and a slew of Apple
products. He followed any of his own interests with a passion, a zeal, and could become obsessive at
times. I had always said I wanted a life partner who would love me for being me. Someone who would
adore me. Paul adored me. He loved me passionately, tenderly and wasn’t afraid to let anyone know of
his love and devotion.

Previous partners had been preoccupied with the length of my hair, or my skirts, or how I
presented myself. One was really uncomfortable expressing love or affection in front of others or in
public. Paul wanted me to feel the best about myself, so he would offer honest opinions when asked, or
constructive criticism, but never in a judgmental or selfish way.

Paul looked after himself. He was fit. He ate well and like me, was not afraid of any foods. Paul
swam daily and worked with a personal trainer. Paul worked hard at his job, but was not a workaholic.

He was very good at making me leave work at the end of my work day. Life with Paul was really well
balanced.

But after twelve years together, married and parents of three beautiful children, Paul started a
conversation with me late one night that removed the chocks from underneath the wheels of the roller
coaster that was to become my life. Unbeknownst to me, the roller coaster had been sitting, somewhat
stationary at its apex. It had now been set into motion, into a rapid free ­fall and out ­of ­control. I didn’t
know if it were safer or more comfortable to sit in the car and weather the rapid twists and turns and
g­-force momentum or be thrown out and crash smack ­bang against hard and fast reality.
First came the mind­boggling term ‘gender dysphoria’. I had no idea what this meant. But it
didn’t sound good.

Then the revelation that as a young child, Paul wanted to be a girl. What? Huh?

The more my mind was in free ­fall, the faster the revelations came out. Secretly dressing in his
mother’s clothes. The feeling of total disconnection with his body. The attempt to castrate himself. The
fear of being found out. The absolute heartache when testosterone took hold of his body during puberty.
The ostracism for being somehow ‘different’. The suicide attempt. What? Stop! This was too much.
Then the locking and shutting away of everything that felt natural and normal. Trapped within the dark
recesses of the mind. Not fed. Not indulged. Not acknowledged. A sadness bottled up and hidden far far
away. Secured and forgotten… only to be uncapped decades later. And now. Out it all flowed, engulfing
me in a torpor. Then a trigger to a whole range of emotions, many of which were new or unfamiliar to
me. Tears flowed. Incomprehension welled.

Not for a split second had I ever contemplated the prospect, not even a glimmer of an idea. I
was blindsided, hurt and betrayed. Not only had the life I had lived to this point unexpectedly become
shaky, but the structure of the last 12 years suddenly seemed to have been unknowingly fortified on quicksand, with cracks appearing in every direction, bending, shaking, TRANSFORMING into a shape, a shell I had neither envisaged, wanted or even perceived as being possible. This sort of thing happens to other families.

My husband wanted to be a girl?!?

I did NOT see this coming.