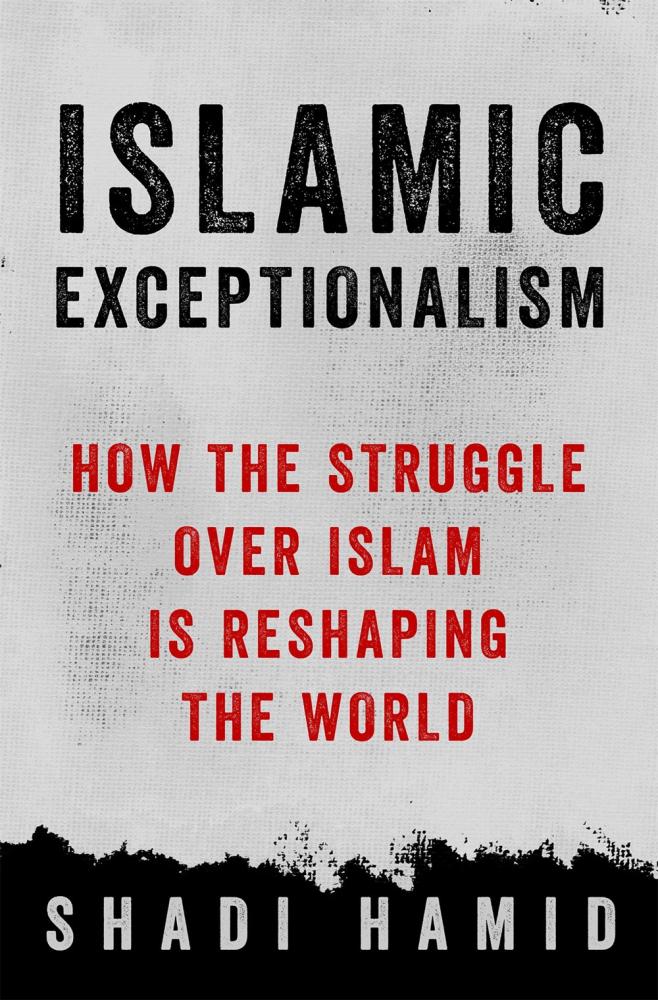 With the rise of ISIS and a growing terrorist threat in the West, unprecedented attention has focused on Islam, which despite being the world’s fastest growing religion, is also one of the most misunderstood. In his new book “Islamic Exceptionalism: How the Struggle over Islam is Reshaping the World” Senior Fellow with the Brookings Institute Shadi Hamid offers a novel and provocative argument on how Islam is, in fact, “exceptional” in how it relates to politics, with profound implications for how we understand the future of the Middle East. Hamid argues for a new understanding of how Islam and Islamism shape politics by examining different modes of reckoning with the problem of religion and state, including the terrifying—and alarmingly successful—example of ISIS. With unprecedented access to Islamist activists and leaders across the region, Hamid offers a panoramic and ambitious interpretation of the region’s descent into violence. Islamic Exceptionalism is a vital contribution to our understanding of Islam’s past and present, and its outsized role in modern politics. We don’t have to like it, but we have to understand it – because Islam, as a religion and as an idea, will continue to be a force that shapes not just the region, but the West as well in the decades to come.

In a piece for The Atlantic Shadi Hamid wrote: To understand the Middle East’s seemingly intractable conﬂicts, we need to go back to at least 1924, the year the last caliphate was formally abolished. Animating the caliphate—the historical political entity governed by Islamic law and tradition—was the idea that, in the words of the historian Reza Pankhurst, the “spiritual unity of the Muslim community requires political expression.” For the better part of 13 centuries, there had been a continuous lineage of widely accepted “Islamic” politics. Even where caliphates were ineffectual, they still offered resonance and reassurance. Things were as they had always been and perhaps always would be.

Since the Ottoman Caliphate’s dissolution, the struggle to establish a legitimate political order has raged on in the Middle East, with varying levels of intensity. At its center is the problem of religion and its role in politics. In this sense, the turmoil of the Arab Spring and the rise of the Islamic State, or ISIS, is only the latest iteration of the inability to resolve the most basic questions over what it means to be a citizen and what it means to be a state.

It is both an old and new question, one that used to have an answer but no longer does. Islam is distinctive in how it relates to politics—and this distinctiveness can be traced back to the religion’s founding moment in the seventh century. Islam is different. This difference has profound implications for the future of the Middle East and, by extension, for the world in which we all live, whether we happen to be American, French, British, or anything else. To say that Islam—as creed, theology, and practice—says something that other religions don’t quite say is admittedly a controversial, even troubling claim, especially in the context of rising anti-Muslim bigotry in the United States and Europe. As a Muslim-American, it’s personal for me: Donald Trump’s dangerous comments on Islam and Muslims make me fear for my country. Yet “Islamic exceptionalism” is neither good nor bad. It just is.

Because of this exceptionalism, a Middle Eastern replay of the Western model—Reformation followed by an Enlightenment in which religion is gradually pushed into the private realm—is unlikely. That Islam—a completely different religion with a completely different founding and evolution—should follow a course similar to that of Christianity is itself an odd presumption. We aren’t all the same, but, more importantly, why should we be?

That the Christian tradition seems ambivalent about law, governance, and power is no accident. Islam and Christianity are, after all, meant to do different things. Law, at least in part, is about exposing and punishing sin. Yet, when Jesus died on the cross, he in effect released man from the burdens of sin, and therefore from the burdens of the law.

Christianity’s salvation story, then, is one of progression, with humanity passing though different stages of spiritual development. Jewish or Mosaic law was provisional, meant for a particular place and time, and for a chosen people, where Christianity was universal and everlasting. As the theologian Joshua Ralston notes, reflecting on the writing of the early Christian theologian Justin Martyr: “Christ is the new and final law, and thus the Law of Moses is abrogated. … Justin argues that the God of Israel had promised the Israelites a new and everlasting covenant. The Mosaic Law was never intended to be either universal or eternally binding.”

If salvation is through Christ and Christ alone, then there is little need for the state to regulate private and public behavior beyond providing a conducive environment for individuals to cultivate virtue and become more faithful to Christ. The punishment of sins is no longer a priority, since Jesus died for them. In stark contrast, where theologians like Martin Luther famously fashioned a dialectic between faith and good works, these two things are inextricably tied together in Islam. Faith is often expressed through the observance of the law. The failure to follow Islamic law is a reflection of the believer’s lack of faith and unwillingness to submit to God. Salvation is impossible without law. This has implications for the nature of the Islamic state. If following the sharia—for example, refraining from alcohol and adultery, observing the fast, and praying five times a day—is a precondition for salvation, then political leaders and clerics alike have a role in encouraging the good and forbidding evil, a role they played, to various degrees, for the entirety of the pre-modern period.