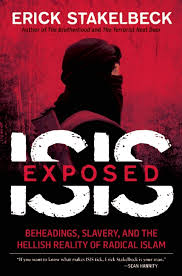 ISIS Exposed: Beheadings, Slavery and the Hellish Reality of Radical Islam, by host of CBN’s The Watchman Erick Stakelbeck, unveils how the propaganda masters of Islamic State are determined to get the West’s  attention. They’ve humiliated the Iraqi Army trained by America and seized territory in Iraq that had been secured at the cost of so much American blood and treasure. They’ve beheaded American journalists on camera in a direct challenge to the power and resolve of the United States. And now ISIS is calling for “city wolves” across the United States, Europe and Australia to act on their dedication to the Islamic State’s blood-drenched ideology and murder random Americans going about our daily business.

Stakelbeck is the author of two former books on terrorism. The first, The Terrorist Next Door: How the Government is Deceiving You About the Islamist Threat was released in 2011 to major acclaim. His second bestselling book, released in 2013. was titled The Brotherhood: America’s Next Great Enemy. It warned about the rise of the Muslim Brotherhood and the global Islamist movement. 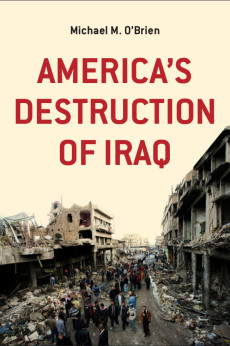 Who is ISIS? Where did it come from, and what is driving its successful campaign of murder and conquest?

Stakelbeck says: “Our government and our media alike seemed to be blindsided by the Islamic State’s blitzkrieg-like advance, which forced American troops back into Iraq. ISIS has conquered a territory roughly the size of the state of Indiana, rules over eight million terrorized souls, and has even revived the practice of legal slavery. And yet the true motivations, inner workings, and future plans of this terror state and its mysterious caliph seem almost as obscure as when ISIS first burst onto the world scene.”

Subjects explored in ISIS Exposed include: 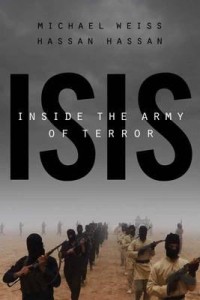 Stakelbeck also lays out what’s to come for the caliphate, outlining the next moves to be expected from ISIS in Syria, in Iraq’s Anbar province, in Afghanistan—and in Europe and the United States. And he puts forward a strategy for defeating the Islamic State, including the steps the West must take to defeat the newly resurgent global jihad.

There has been widespread praise for ISIS Exposed.

Erick Stakelbeck is a sought after authority on Middle East and national security-related issues with extensive experience in television, radio, print and digital media. Since 2005, Stakelbeck has been a correspondent, host and analyst for CBN News, where his reports and commentary are seen by over one million daily viewers in the United States alone. He covers U.S. national security, the Middle East, Israel-related issues and the growth of radical Islam at home and abroad for the network’s Washington, D.C., bureau. Stakelbeck has interviewed numerous lawmakers and world leaders as well as Islamic terrorists.

Stakelbeck has made hundreds of appearances as a commentator on leading national television and radio programs.

From 2003 to 2005, Stakelbeck worked as a senior writer and analyst at the Investigative Project on Terrorism, the world’s leading counterterrorism think tank.